Due to the tightened corona rules, all planned unveilings have been postponed until 2021

Welcome to the website of our foundation Herdenkingspalen Hollands Kroon, founded 29 March 2019.

The foundation’s main goal is to remember the aircrafts and crew members who have crashed in the municipality Hollands Kroon during World War II, by placing remembrance posts. 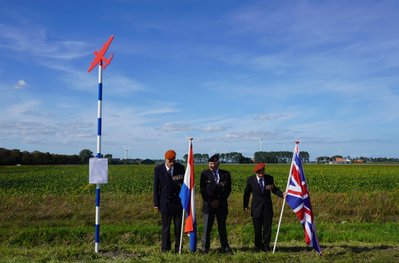 During World War II more than 40 aircrafts have crashed in Hollands Kroon and in parts of the Wadden Sea, Amstel lake and Ijssel lake.

Crew members of these plaines were killed, captured, went missing or found ways to escape from the enemy.

We want to remember all those crew members to make sure that they will never be forgotten.

They have fought for our freedom  and as said many have given their lives. We should not ever forget this. 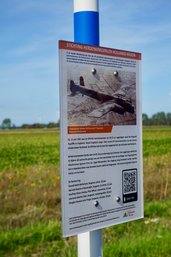 To reach our goal we want to place remembrance posts throughout the municipality, at those points where planes have crashed.

To purchase these posts we need financial funds. If you are interested to support us you can contact us through email address: info@shhk.nl

We will get in touch with you as soon as possible. For more information check out our list with current sponsors. 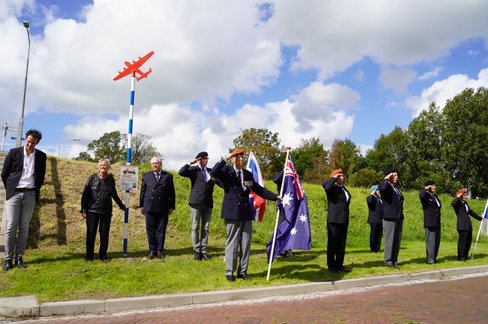 5 september 2020 - Today, in the presence of a large gathering, the third remembrance post is unveiled. On 30 January 1944, a Lancaster with on board 7 young crew members, 3 from Australia and 4 from Great Britain, exploded above Kolhorn. Wilhelmina Struik eye witnessed this catastrophe. Together with the Australian ambassador, Matthew Neuhaus, she carried out the official unveiling. It was an impressive ceremony in which Dirk Bak played the national anthems. The presence of Rian van Dam, mayor of Hollands Kroon, and 10 veterans completed the official character of this unveiling. For more information see our news page and these pictures. 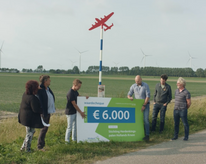 On 3 June the handover took place near the remembrance post Wagenpad. More information on our News page.

Remembrance posts and monumental route in the news

NH news has published an interesting article including a short film about the new monumental route.

Chris Dijkhoorn and Mark Hakvoort explain how important it is that we keep remember and should never forget the pilots and other crew who have fought for our freedom. 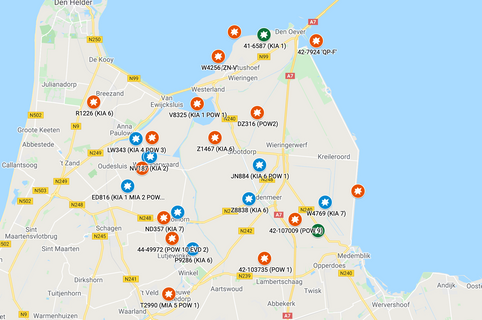 On each post, an information panel is placed on which can be read what exactly happened on that location.

What was their mission? What happened with the crew members? What type of aircraft?

This information is collected by volunteers with the greatest care.

Upcoming and realized unveilings of our remembrance posts

For more details : check our agenda