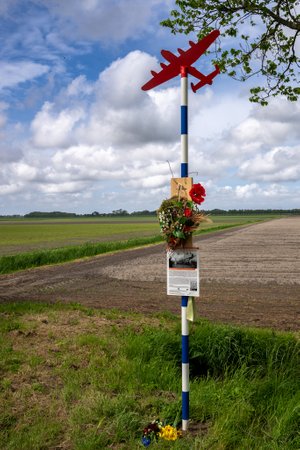 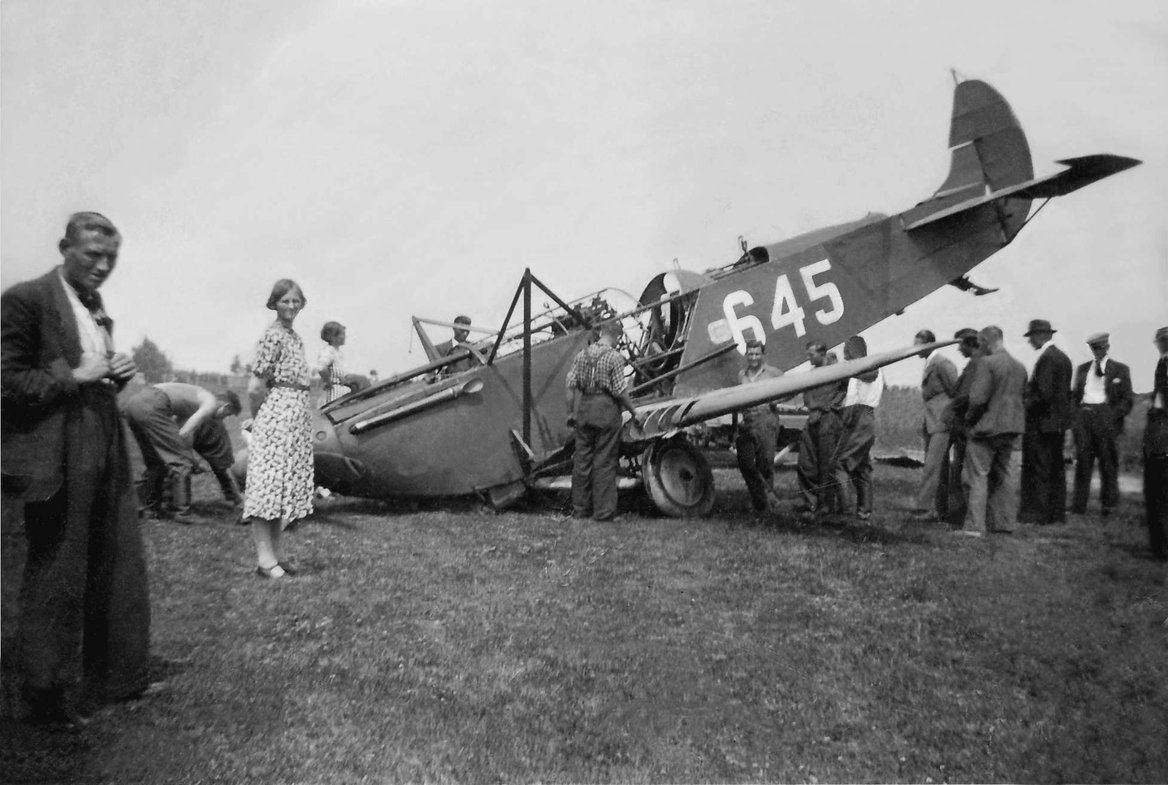 On 12 May at 4 pm four biplane aircraft took off from Ruigenhoek airfield (near Noordwijkerhout), including the Fokker C.V with registration number 645. The aim was to bombard the German troops at the Wonsstelling in Friesland, on the east side of the Afsluitdijk. Because many German fighters were active above the Afsluitdijk and Kornwerderzand, the mission above the Afsluitdijk was canceled by the commander of these four aircraft, the reserve 2nd lieutenant observer W. Focke. The slow Fokker planes were too easy a target for modern German fighters and Commander Focke is wise enough to avoid confrontation.

Flying low, so as not to be discovered, the four planes flew back to home base undetected. On the way back Hoekstra and Van den Heuvel had an engine failure over the Wieringermeer with the Fokker C.V 645. Hoekstra saw a potential emergency landing strip and grounded the Fokker. During the roll-out, the Fokker ended up with its landing gear in a ditch, causing serious damage to the undercarriage. The emergency landing was near the Slootweg on plot E48. Hoekstra and Van der Meulen were unharmed, got out of the plane unharmed and were transferred to De Kooy airport near Den Helder.

American army trucks at the unveiling of two remembrance posts on May 21, 2022 at the Schelpenbolweg

A Dutch Fokker suffered an engine failure on 12 May 1940 and made an emergency landing on plot E48 near the Schelpenbolweg. Both crew members escaped unhurt.

On May 9, 1943 a Mosquito reconnaissance plane was shot down after which it crashed into pieces around the Schelpenbolweg. Both crew members survived the crash by using their parachutes. They were captured by the Germans. 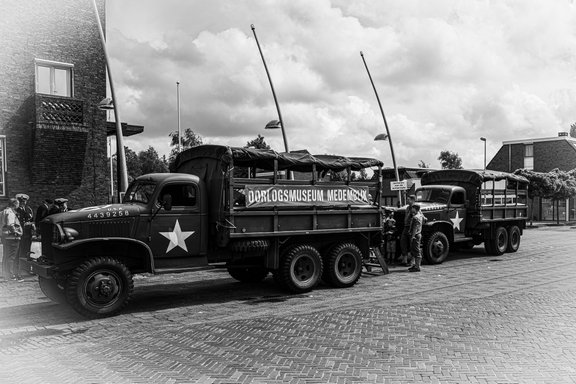 On May 21, 2022, we unveiled two remembrance posts for the crew members of these aircraft. Both remembrance posts have been placed and unveiled on Schelpenbolweg. Invited guests and other interested parties gathered at De Cultuurschuur in Wieringerwerf where the welcome speech was spoken by Fred de Vries of the Wieringermeer Historical Society. Fred showed a photo with explanatory text about the crashed Fokker on the back. More than eighty years later, new information is still emerging. 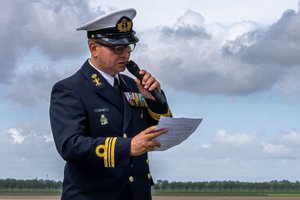 The remembrance post for the Fokker C.V-E 645 is the first pole that our foundation has placed and unveiled for the Dutch crew. This Fokker made an emergency landing on 12 May 1940, during which the crew members, Evert Meindert Hoekstra and Roelof van den Heuvel, escaped unscathed. The Fokker aircraft were on a mission that was canceled because the plenty of German Messerschmitt aircraft formed too great a force majeure. LTZ1 Richard van Hooff briefly told in his speech what happened 82 years ago. The remembrance post was then unveiled, also by LTZ1 Richard van Hooff. The Wilhelmus was blown by Dirk Bak and flowers and wreaths were laid on behalf of the Freedom Flame Foundation, the Municipality of Hollands Kroon, the Historisch Genootschap Wieringermeer and Veterans Schagen and Hollands Kroon.

NH Nieuws published an article with video about this day. 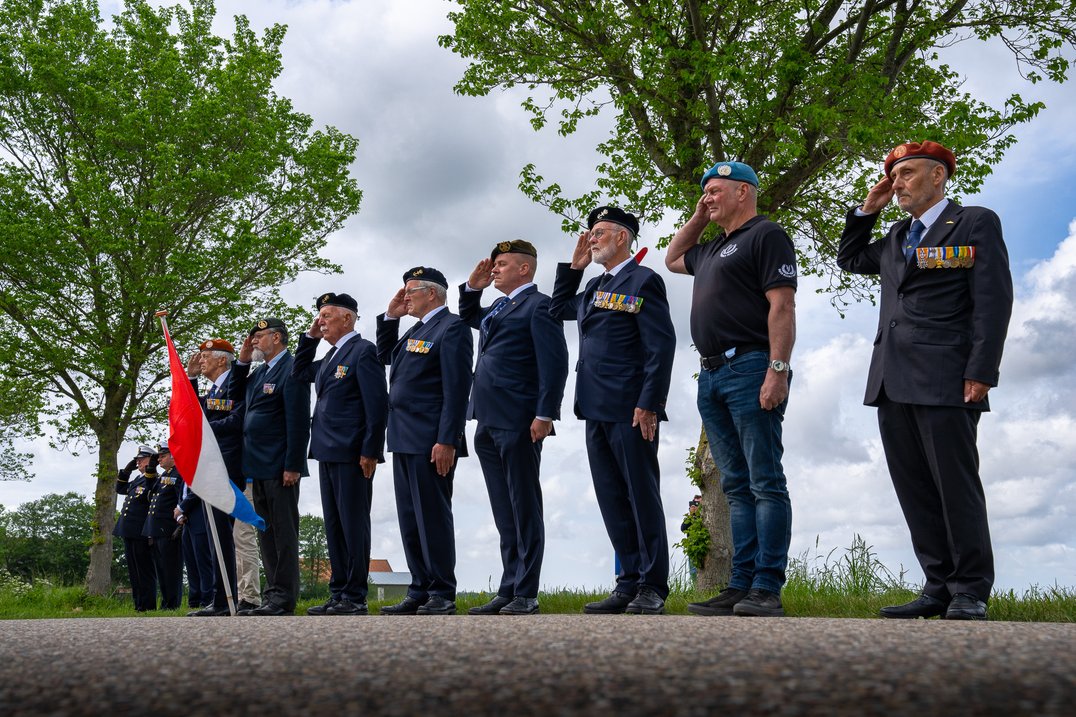