The remembrance post for this crash will be unveiled on May 4, 2023. In addition, a monument will also be unveiled for the killed crew members. This monument is commissioned by the Municipality of Hollands Kroon by an artist who has been specially selected for this purpose. The municipality had selected several artists to come up with an idea. Various persons and foundations, including SHHK, assessed these ideas, after which a final choice was made.

In the night of 22 to 23 June 1941, an RAF aircraft with six Czech crew members on board crashed into the Kostverlorenpolder near the Kanaalweg in Nieuwe Niedorp. The aircraft, the Vickers Wellington T2990 of 311 (Czechoslovak) Squadron Royal Air Force, had carried out a bombing raid on Bremen that night and was intercepted and shot down by a German night fighter on the way back. One crew member managed to jump out of the burning aircraft in time, but was taken prisoner by the occupying forces. The other five crew members were officially missing until recently. 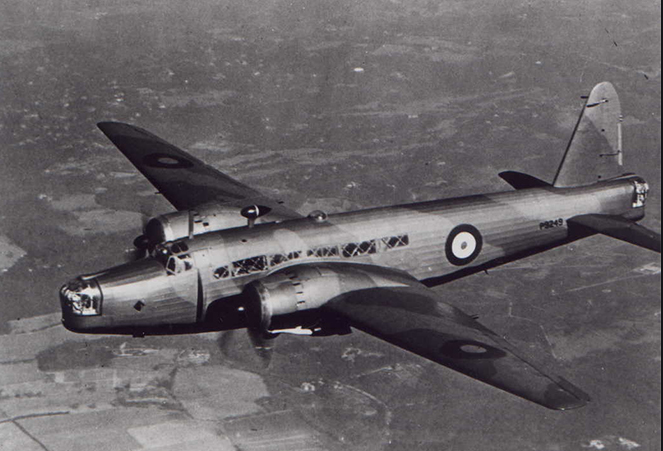 The aircraft was included in the National Salvage Programme. The recovery of the aircraft started in May 2021. The crashed plane was almost six meters deep underground on the site of a farm whose activities had to continue. It was therefore decided to place the processing location at a distance of 600 meters from the excavation location. Everything that was excavated was transported by truck to this processing location. This is where the research took place. The clay was separated from the remains of aircraft parts, ammunition and any remains of the crew using various machines. In all those years there was a suspicion that the five crew members were still on the plane, but to make sure this recovery had to be carried out. The pilot who had survived had indicated at the time that two of his crew members had also jumped. So the question was whether remains of all five missing would be found, or of only three. The salvage could be completed in June 2021 and it remained to be seen whether the Salvage and Identification Service of the Royal Netherlands Army (BIDKL) had found the remains of the five crew members. On January 13, 2022, it was confirmed that all five missing men had been found.

During the excavation there was also room for a press conference. The Free Czechoslovak Air Force Associates (FCAFA) was invited for this. However, due to the corona measures in force at the time, there was no possibility of coming over from England. The FCAFA has asked Chris Dijkshoorn of our foundation to attend this press event on their behalf. This gave SHHK the opportunity to take pictures of the excavation location and the processing location that day. In addition, questions could also be put to the various authorities involved in the recovery. A report has been made of this and has been published on our site.

On the press day we were also able to take a look at the ammunition found at the processing site. When studying the photos, it was noticed that there was a bullet that had already been produced in 1926. This bullet was on board of the plane 15 years after manufacture, but in this case it was never used.

On June 23, 2022, the remains of the five crew members were buried in Bergen op Zoom. On behalf of Stichting Herdenkingspalen Hollands Kroon, Chris was allowed to be present. On behalf of SHHK, he laid flowers during the ceremony. It was an impressive event with representatives from different countries and from the different defenses. In addition, relatives of the crew members had come over from the Czech Republic and England. Some crew members had a girlfriend or a wife and sometimes even a child or expecting a child in England. In the latter case, unfortunately, they have never been able to see their child.

Photos from the salvage of the aircraft

Pictures of the funeral in Bergen op Zoom

An educational program "Uit de lucht"  (From the air) has been developed for pupils in primary education around the salvage of this aircraft. Children's book writer Arend van Dam has written stories about the air war over the Netherlands especially for this purpose. Members of the Air War Study Group '39-'45 (SGLO) and the Netherlands Institute for Military History (NIMH) were also involved in the development of the teaching material. The development of the educational program was a project of the Netherlands Air War Heritage Foundation (SELN)

Part of the teaching material is an interview with Jan Jonker. When he was twelve years old he saw the Vickers Wellington bomber crash near his house. The interview can be viewed on the site of the Netherlands Air War Heritage Foundation.

Report by Matthijs Gemmink about the exvacation of the T2990