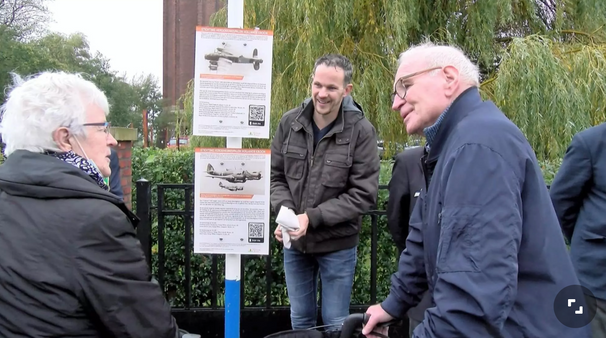 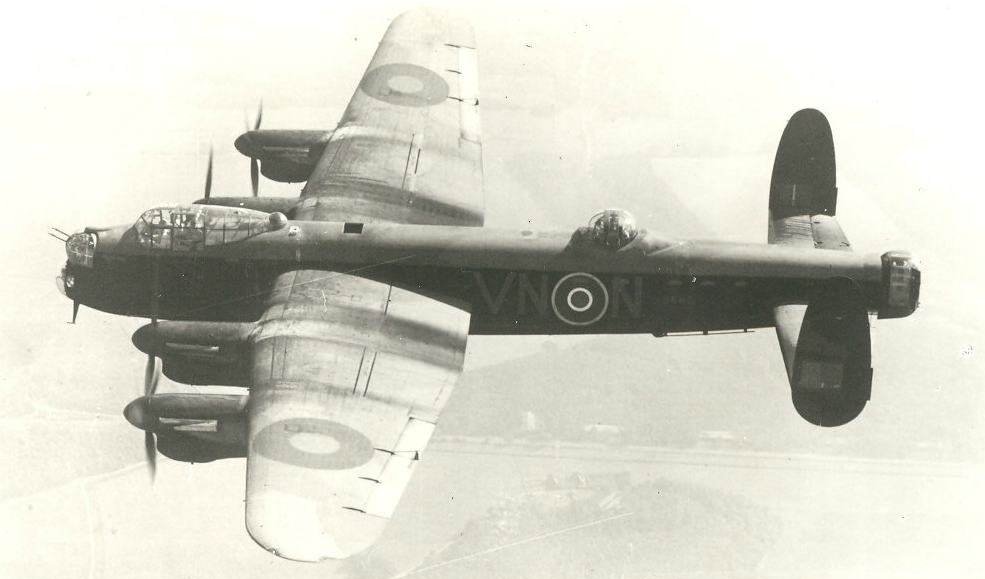 On 12 Jun 1943 at 23.04 the Lancaster took off from Bourn airport in England. After bombing the German city of Bochum, the aircraft was shot down by a Messerschmitt Bf110 on its way back at 02.20h. The Messerchmidt was flown by Oberleutnant Werner Husemann. The Lancaster crashed on the land of P. Visser on the Slikkerdike

Four from the seven crew members managed to get out of the aircraft and land safely, by using their parachute.

Shortly after that Thomas, Hanrahan, Robertson, and Bloomfield were arrested and after being interrogated they were taken to a prisoners of war camp. To this day Doyle and Beard are still accounted for as missing. Bromley’s body was found after two weeks in a cornfield not far from the crash site. He is buried at the Wieringerwaard cemetery

Unveiling of 2 remembrance posts in Wieringerwaard

On October 30, 2 remembrance posts were unveiled. These posts are located on the Molenweg and the Slikkerdijk in Wieringerwaard.

Before the official unveiling, Chris Dijkshoorn of our Foundation and Rian van Dam, mayor of the Municipality of Hollands Kroon, spoke in the water tower. Due to the weather conditions, we were very happy with the hospitality of Sven Rickli, he made sure that the ceremonies could take place inside the beautiful water tower. At the entrance of the water tower hangs a newspaper article about the crash with the Beaufighters and a part of one of the aircraft where even a serial number is still clearly legible. 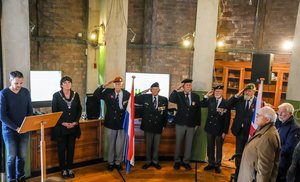 Mayor van Dam once again emphasized how important it is to continue to commemorate the young heroes, often in their twenties. They boarded their plane for our freedom and were never sure if they would come home again.

Chris talked about both crashes. On June 13, 1943 an English Avro Lancaster III bomber crashed in the meadow at the Slikkerdijk. Four crew members managed to jump out of the plane and were arrested shortly afterwards. Two crew members are still missing. One crew member was found two weeks after the crash in a cornfield and is buried in the Wieringerwaard cemetery.

On January 17, 1945, two British Bristol Beaufighters flew into each other just past the Water Tower. The crew members of both aircraft were killed. They are also buried in the Wieringerwaard cemetery. Chris also told about Teun Wonder. A 16-year-old boy who was killed in 1944 by English fighter planes. Teun is buried near the crew members we commemorate today. Teun's brother and sister unveiled the information panels on the pole in front of the water tower. The national anthems of the Netherlands and England were played in the water tower by trumpeter Dirk Bak. The national anthems sounded extra beautiful this time because of the acoustics of the water tower. 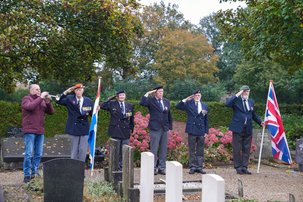 At the cemetery, wreaths and flowers were laid at the graves of the killed crew members, and at the grave of Teun Wonder. Dirk Bak blew the Last Post, followed by a minute of silence. Partly due to the presence of veterans from Schagen and Hollands Kroon, it was another successful day. 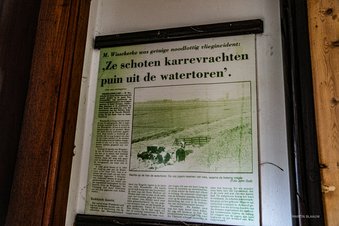 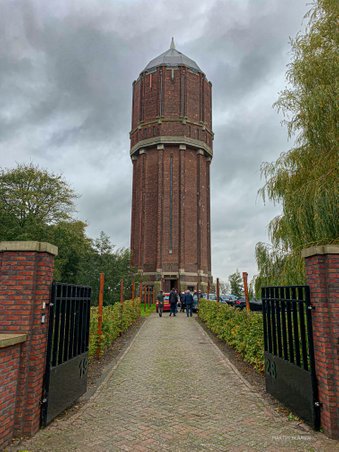 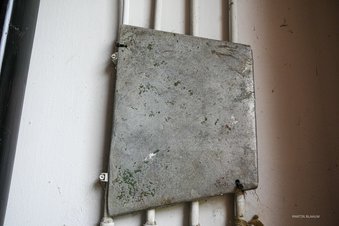 NH Nieuws about the unveilings in Wieringerwaard 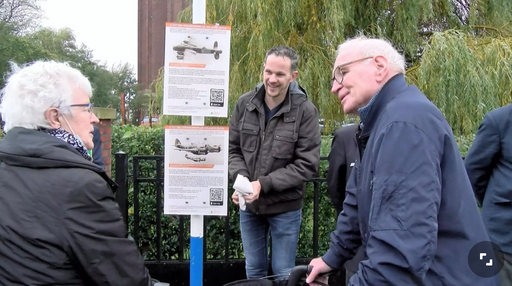 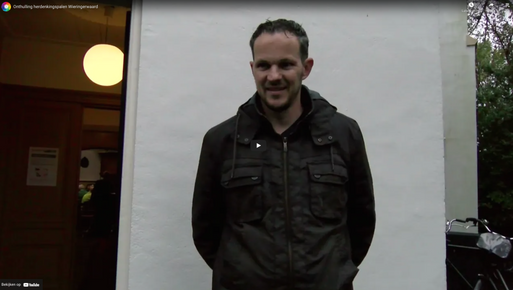